Ever since I saw the Pink Stork Lactation Cookie Mix on the shelf at the store, I was intrigued. Baking
mixes are always so… disappointing to me. Just add water? Just add blah. But when you’re a new mom, or let’s face it, a caregiver of children at any age, convenience is a huge bonus. With these cookies, you need two simple ingredients and no measuring. A whole stick of butter, and a large egg. That’s it. The hardest part is mixing it together and remembering to preheat the oven. What is a “Lactation Cookie?” They made the mix with seven “Key Galactagogues and Superfoods.” Which means? These ingredients support your breastmilk supply. Are they going to make you start lactating if you’re not already? No. Hormones trigger lactation, but what we consume can support increased milk production, or reduce our milk production. 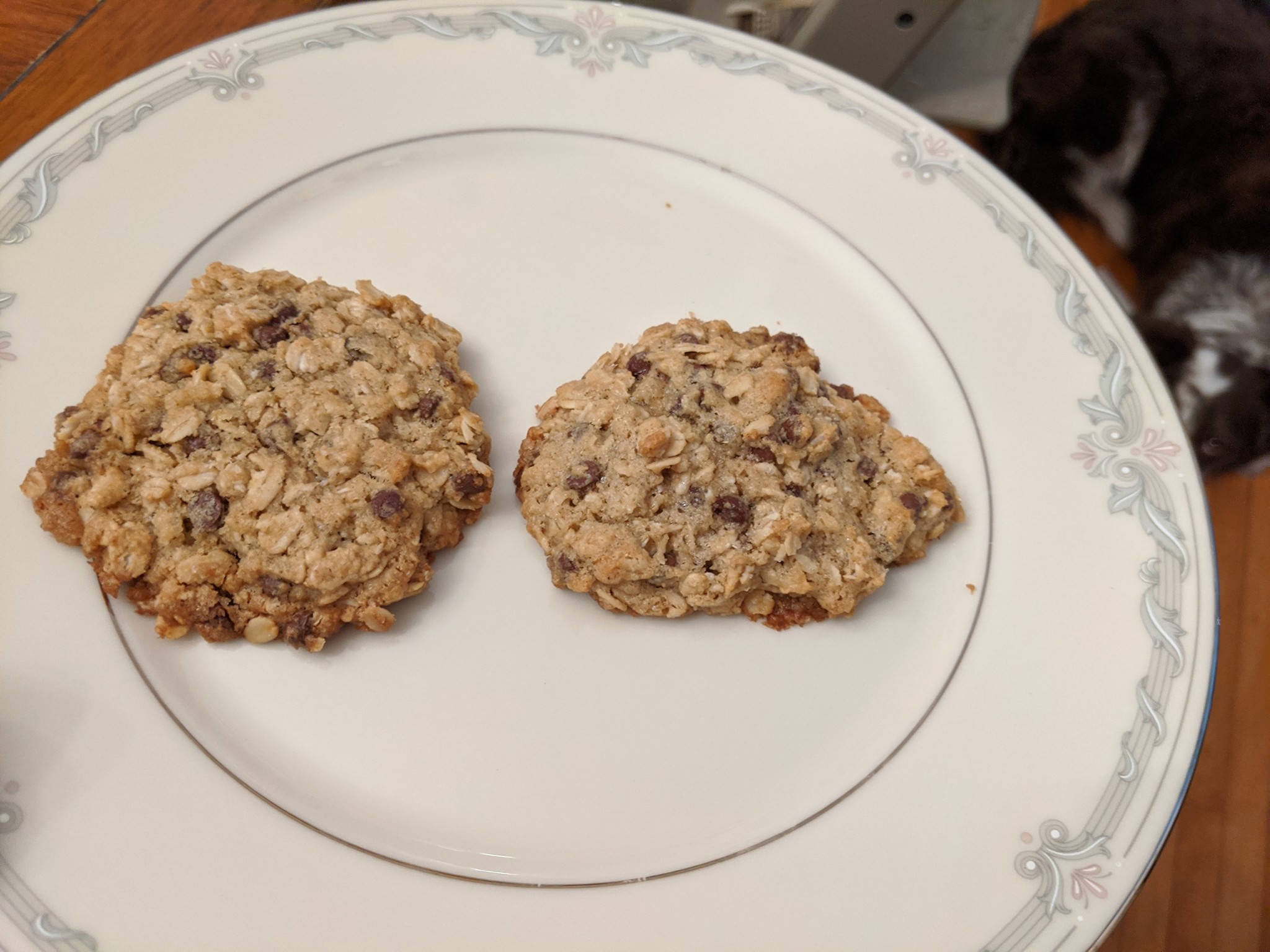 Pink Stork’s Lactation Cookie Mix tastes just like homemade oatmeal cookies with chocolate chips. They used these tiny little chips for, what I think, was just the perfect morsel per bite. The texture is great, my kids loved them, too. The only thing I’d do differently next time is to make the cookies themselves smaller. I only made 12 total, 24 is what it should’ve been according to the package.

Did it help boost my milk supply? I have no idea. But I’ll definitely be recommending them to friends.
They’re super easy, super tasty, and have awesome ingredients that have been traditionally used for years to support breastfeeding moms.

The Cons:
- They’re not dairy-free
- You have to mix it
- Other people in your family will eat them